Guitarist and composer Matteo Prefumo was born on April 8th, 1991 in Genoa. At age of three, he discovered his love for guitar thanks to his father.
He started playing guitar at the age of 8 as self – taught, watching videos of Pat Metheny, Michael Brecker and Jimi Hendrix. At age 15 he took private jazz guitar lessons with Alessio Menconi, and later on had the opportunity to study with world famous musicians, such as Kurt Rosenwinkel, Antonio Sanchez, Peter Bernstein and Gil Goldstein.

In 2012 he won the international jazz competition Tiberio Nicola Award as Best Jazz Guitarist during the International Jazz Festival of La Spezia.

He started leading his own trio and quartet, and took part of the Tony Monaco Trio with drummer Dario Panza. During the summer of 2013 he played with singer Elisabetta Antonini at the International Jazz Festival of La Spezia, with Leonardo Corradi on Hammond and Dario Panza on drums. In the same time period, during the Tuscia in Jazz Festival, he performed with Kurt Rosenwinkel, Aaron Parks, Justin Faulkner.

In 2013 he won the international jazz competition Jimmy Woode Award as Best Jazz Guitar Player during the Tuscia in Jazz Festival. In July 2014 he played with great tenor saxophonist George Garzone, Paolo Recchia, Gege Munari and Peter Bernstein and toured around Italy with the Tony Monaco.

Since 2015 he started playing with the quintet of the young and talented Norwegian clarinetist Felix Peikli, with Takeshi Ohbayashi, Alexander L. J. Toth and Anthony Alan Toth.

Matteo Prefumo is familiar with many musical genres and styles, because of his love for music and his extensive experience on stage. His musical focus is in the broad field of jazz and improvised music and the creation of music with positive energy and expressiveness within the collective is always at the forefront. 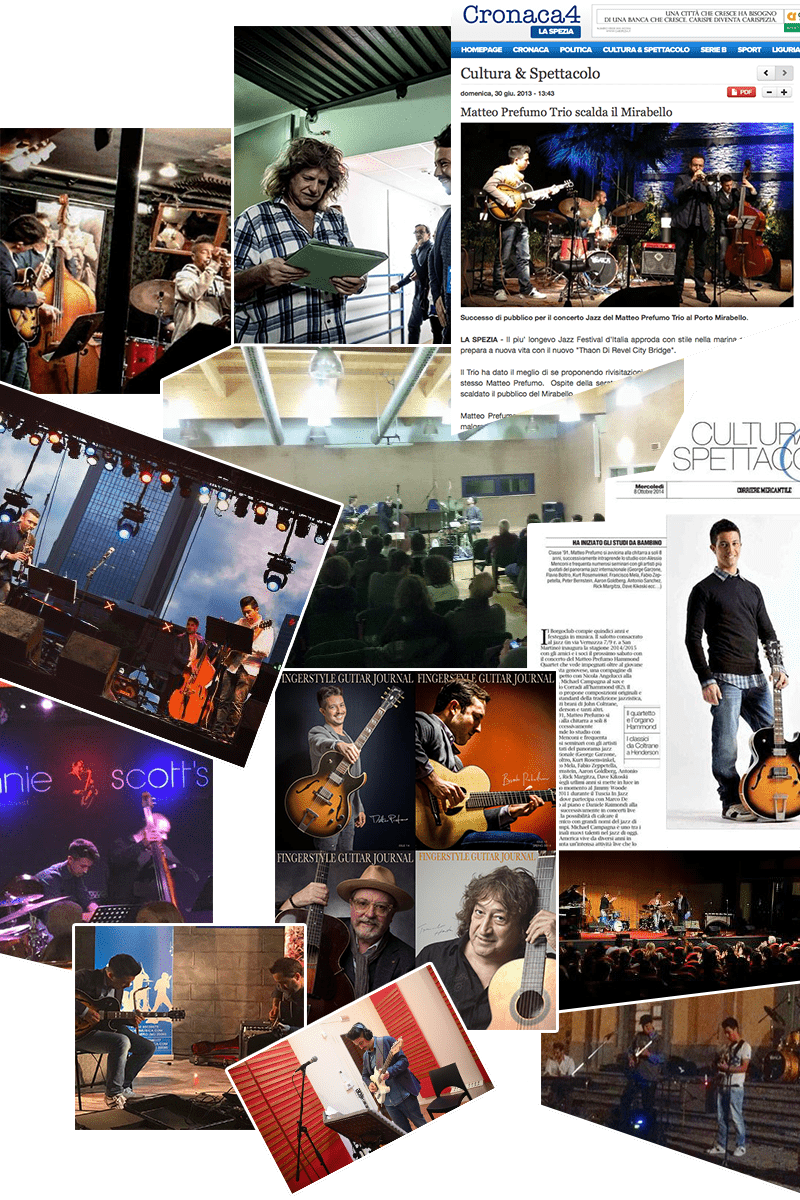 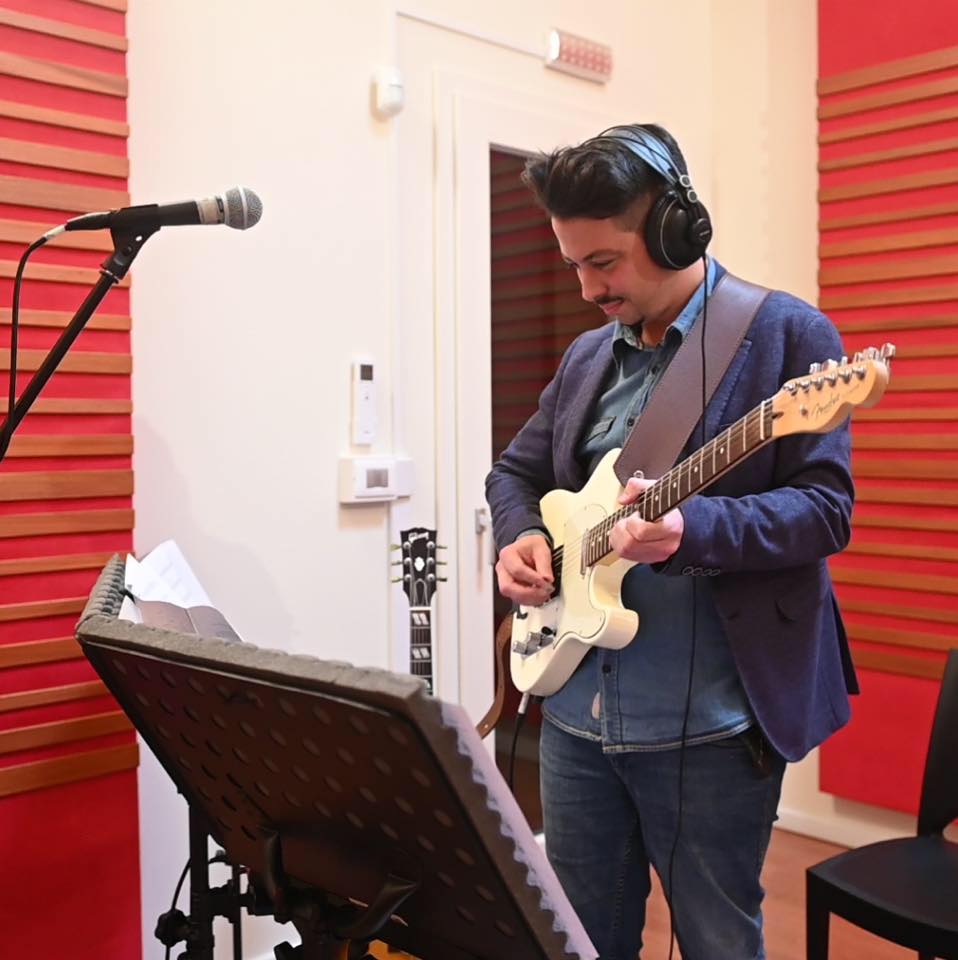 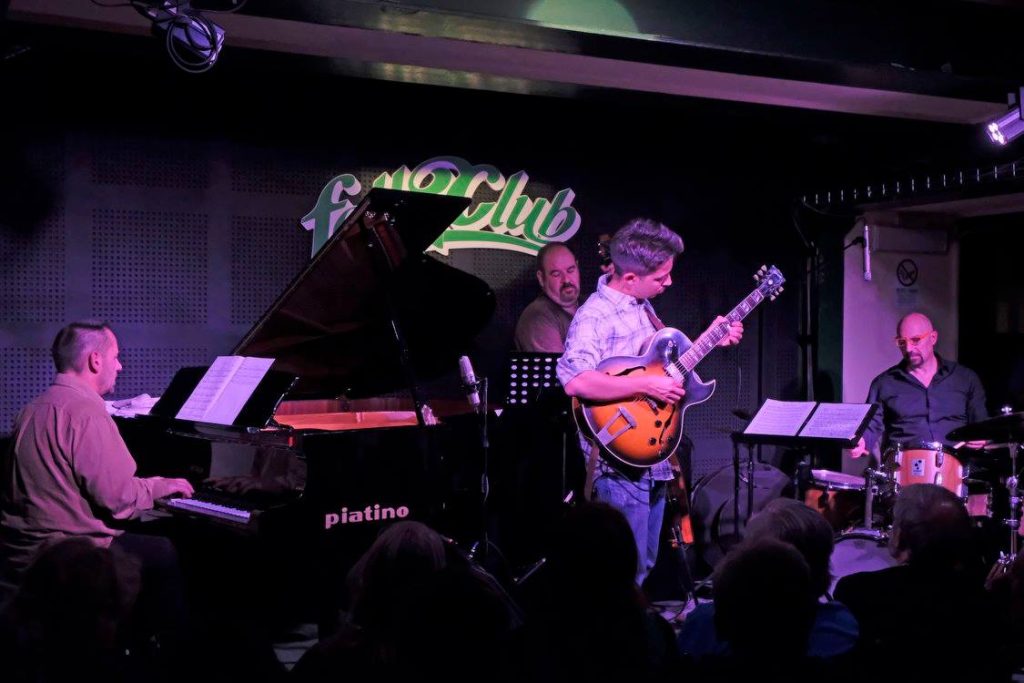 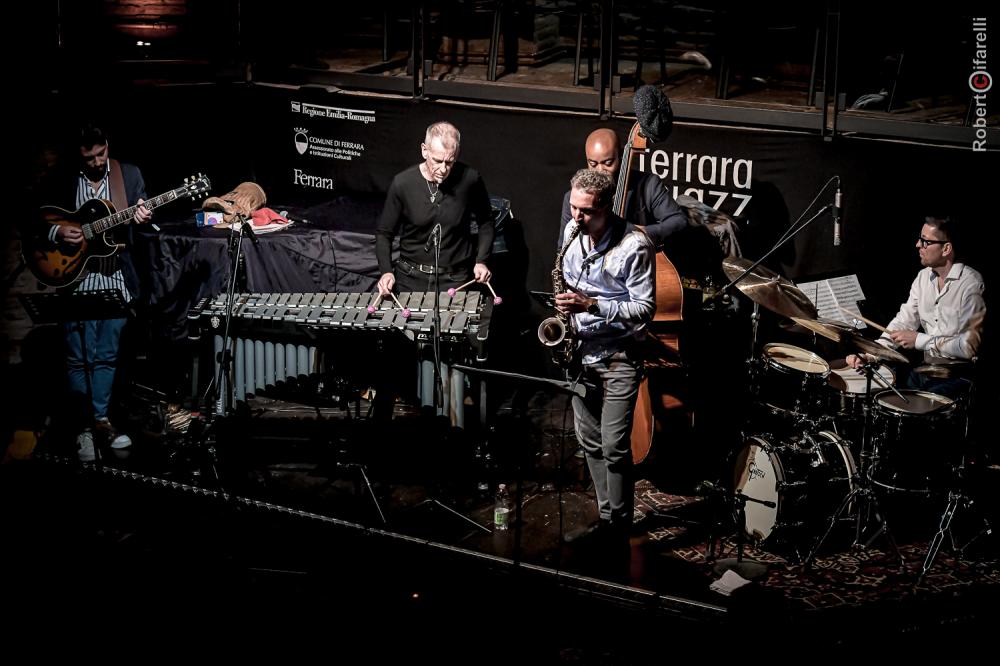 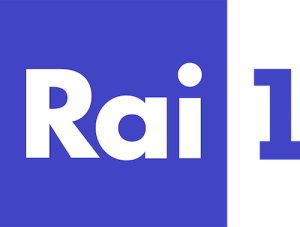 DO YOU WANT TO BOOK THE GROUP?

Melody is always the first priority.

This website uses cookies to improve your experience while you navigate through the website. Out of these, the cookies that are categorized as necessary are stored on your browser as they are essential for the working of basic functionalities of the website. We also use third-party cookies that help us analyze and understand how you use this website. These cookies will be stored in your browser only with your consent. You also have the option to opt-out of these cookies. But opting out of some of these cookies may affect your browsing experience.
Necessary Always Enabled
Necessary cookies are absolutely essential for the website to function properly. These cookies ensure basic functionalities and security features of the website, anonymously.
Functional
Functional cookies help to perform certain functionalities like sharing the content of the website on social media platforms, collect feedbacks, and other third-party features.
Performance
Performance cookies are used to understand and analyze the key performance indexes of the website which helps in delivering a better user experience for the visitors.
Analytics
Analytical cookies are used to understand how visitors interact with the website. These cookies help provide information on metrics the number of visitors, bounce rate, traffic source, etc.
Advertisement
Advertisement cookies are used to provide visitors with relevant ads and marketing campaigns. These cookies track visitors across websites and collect information to provide customized ads.
Others
Other uncategorized cookies are those that are being analyzed and have not been classified into a category as yet.
SAVE & ACCEPT